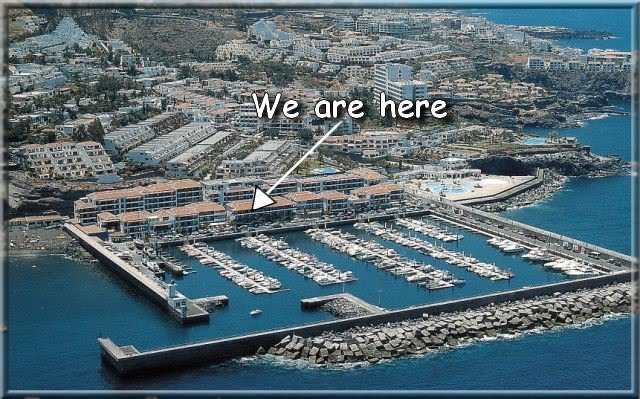 Our bar in Los Gigantes is only a short distance away from another two resorts.

On the south west coast. Situated in the municipality of Santiago del Teide.


It is known that our year-round climate in this area which is the island's most westerly region, is among the best in the Canary Islands.


Los Gigantes, Puerto de Santiago and Playa de la Arena are small and tranquil, and a far cry from the bright lights and noise of their larger southern cousins, Playa de Las Americas and Los Cristianos. But this is not to say that you can't find somewhere to let your hair down round here too! Tenerife is all about holidays, fun and having a good time, so whatever your tastes are, you can be sure that you'll find something to suit your needs, be it dancing, live music, great food, boat trips, water sports or just a relaxing drink with friends.


The town of Los Gigantes is named after as we said the imposing cliffs of the same name. The cliffs also mark the southern boundary of the beautiful Teno mountains, which cover the entire north-western corner of Tenerife. The cliffs are visible in all their glory from the Archipenque Mirado and also from our bar which is the viewpoint, but are best experienced up close from a boat where they loom over you and you you can distinguish the different colours and textures of the volcanic strata if you don’t drink to much.


Directly south of Los Gigantes is the old fishing village of Puerto Santiago, which despite extensive development, still retains an unhurried, homely atmosphere, which we do like but don’t recommend as it takes business away from us, hey ho this is an honest site,,,,,,


Further south, and effectively joined on to Puerto Santiago, is the growing resort of Playa de la Arena. Below we'll describe the resorts separately and in greater detail.


Los Gigantes is a very pretty resort. Great care has obviously been taken over its design and construction. With the exception of one multi-storey hotel, all of the resort's central apartment complexes and residential areas are low-rise and blend in well with the surroundings. It is a small, tranquil place and has an air of exclusivity about it. There is not much danger of the resort losing this atmosphere and ambience by expanding in any direction either, closed in as it is on all sides, nestling between the area's natural rocky confines and the Atlantic Ocean.
The roads in Los Gigantes are very narrow, with a one-way system operating throughout most of the town. It has a climate that is second to none in the Canaries, some beautiful scenery and many amenities which a lot of our clients never see as they have such a laff in the bar they don’t move much.


Lying at the foot of the cliffs there is a small, clean, black sand beach which is rarely crowded, really not crowed now as its been closed since October 2009 since rocks fell and killed people on the beach.. Like we said true site no bull. They used to say suitable for children. etc and it will be when the bureaucracy is over and done with.. Parking near the beach can be a problem huge style.


Right next to the public beach is the marina, he ho that’s where we are, where you will find an array of great bars, good food and boats to die for.


You can have a drink or a meal at the bars and restaurants in the harbour preferably ours “Off Shore 44” but try the rest then come to the best. You can walk on top of the protective sea wall that surrounds it if the harbour master decides to open the gate for us and you again…., thereby or not getting a good look back at the boats and the town and the apartments and villas, rising up into the cliffs.


Los Gigantes comercial centre is just inland (and therefore, uphill) from the marina. Although small, it hosts a variety of bars and restaurants, plus shopping for everything from fruit and veg to designer label clothes. In the central square (the Plaza) you'll find a pedestrian zone based around the church. This also where the majority of events such as the (carnaval de los gigantes) the week after Ash Wednesday is when it takes place. 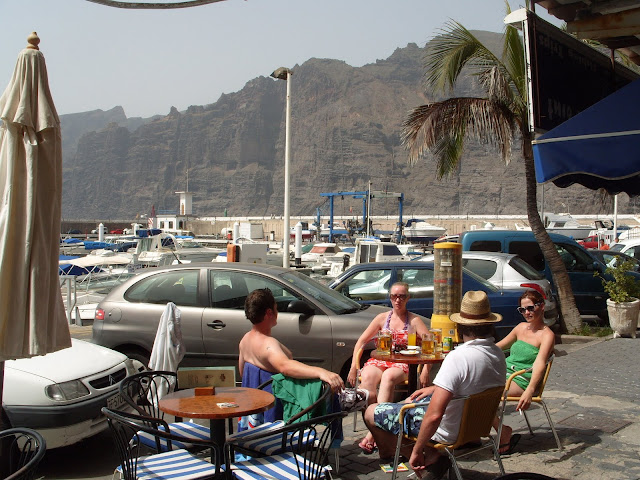 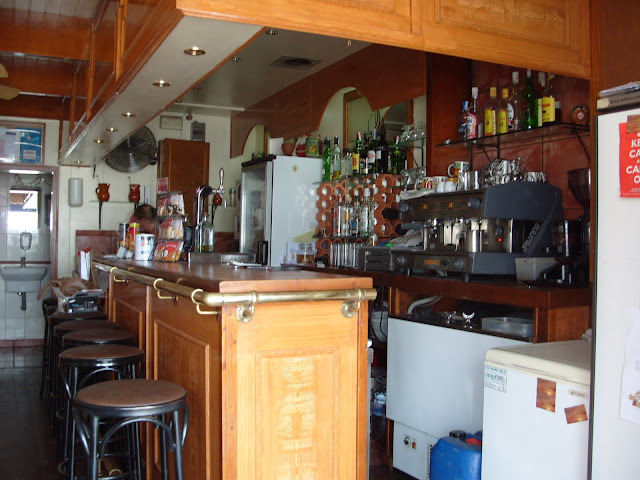 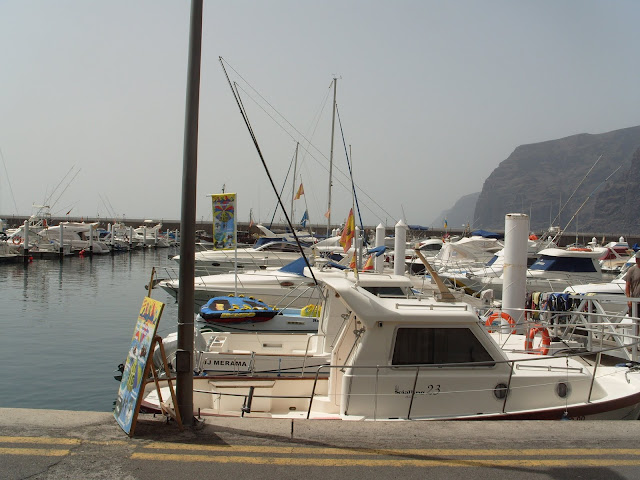 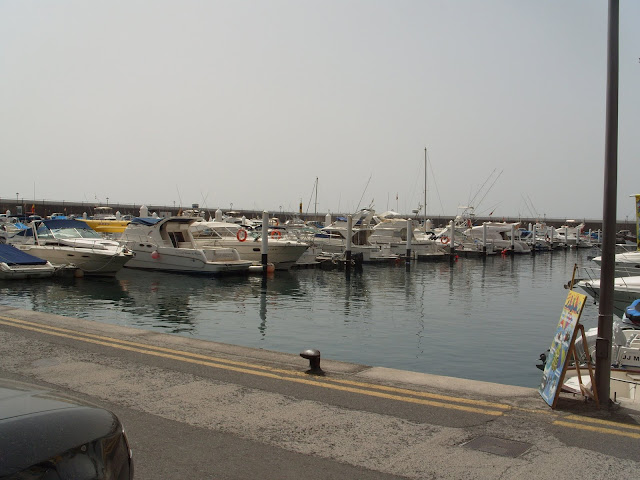 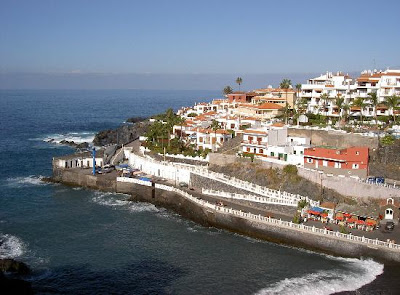 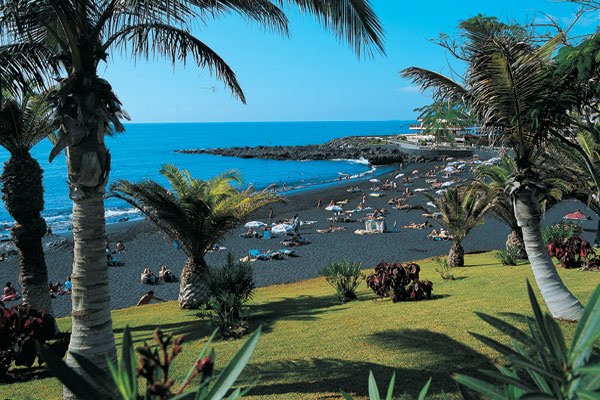 (the 'de' is usually left out) lies between Playa de la Arena and Los Gigantes. Its main thoroughfare, which links the other two towns, culminates in a narrow winding serpentine known to the ex-pat community as “Spanish corner”. There are frequent blockages here -great fun if you happen to be on a bus or in a big car at the time as its negotiating the worst bend. It is possible to get from Los Gigantes to Playa de la Arena by going the 'long way round' - via the main island ring road - but then you'd miss all the fun.
In Puerto Santiago you'll find a small fishing port but limited in terms of Beaches. There is a top, middle and bottom part to the town, making the area rather sprawling, a mixture of homes, hotels and apartments.

As you would expect from a tourist resort, there is a huge assortment or bars, shops, restaurants, a post office, and nightlife mainly in Santiago bajo. As there are a large number of locals resident in the area you'll find some excellent Canarian food available in the traditional restaurants and Tapas bars. The anual firework display is not to be missed

If approaching from the south, the first of the three resorts you will encounter will be the unimaginatively named Playa de la Arena but we should mention Alcala, if you land then that’s your mission to check it out, ask a local person of your speaky language to tell you where to go or come to our bar and toddle down there with us when we close for a diff day, (or in English ..... Sandy Beach!). Playa de la Arena does boast the finest beach in this region - it has been awarded the European blue flag for many years in succession. Although smallish, it can confidently stand comparison with any other beach of similar size on the island. This is especially true when you consider that while many of Tenerife's popular beaches are man-made using imported sand, the beach here is natural. Its black sand is a constant reminder of the island's powerful volcanic origins. The beach is situated centrally along the main coastal thoroughfare, the Avenida Maritima, which has relatively easy (and free) parking facilities. If you get hungry or develop a thirst you will find yourself spoilt for choice by the many bars, restaurants and shops adjacent to and opposite the beach.

Discover the playlist bar off shore 44 with Juan Magan 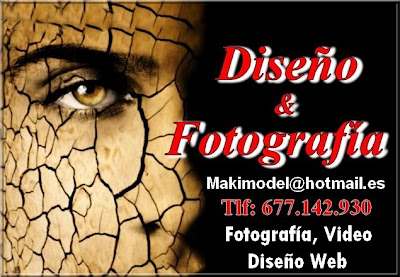